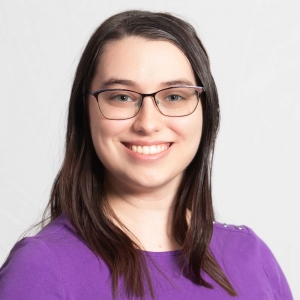 In hopes of helping other couples publicly transition easier, Center for Relationship and Sexual Health Therapist Sarah Scales shares her story as a pansexual woman married to a trans female.

“I came into the relationship knowing my partner was gender fluid,” she begins.

At first, the relationship was uncomfortable, not because of her partner’s gender fluidity, but because they didn’t know how to identify themselves publicly. At first, they used “sneaky” language, she describes, trying to avoid the he/she pronouns. Words like “we” became common descriptors.

Fortunately for Sarah and her partner, both families were very supportive, welcoming and accepting of the relationship. “My family was happy I found someone who cares for me and treats me so well.”

Sarah recalls the first time the two attended church together. Her partner decided to begin dressing more femininely, which attracted attention to churchgoers. When Sarah introduced her significant other as her “partner,” more questions surfaced. “Do you mean your work partner?” one person asked. Once the initial awkwardness passed, a sense of comfort overshadowed the confusion. No one was shocked or surprised; instead, the couple felt at peace with the honesty and openness.

Sarah points out that committing to this relationship wasn’t as easy as it sounds. The couple had the advantage of acceptance from their families and friends, but they still had a few more hurdles to cross.

“We had a lot of long, intense conversations on how to publicly transition,” she says. “We both were closeted; it was a transition for me, too.” Even though she didn’t have the experience of a growing discovery of gender fluidity, she had different concerns. For example, what if her partner’s physical change would affect their sex life? They had long talks about that, too.

What is most important, she emphasizes, is to be true to who you are. “Gender wasn’t part of it for me. It was the attraction. Focus less on gender and more on who that person is whom you love,” she believes.

“For me, it was really powerful when my partner came out. I loved her even more.”

Dealing with a closeted relationship is tough, she reports. Your personal identity is personal, but it does affect your partner.

Keep your label; your label is your personal business. Respect what a person chooses as their label. People choose a label that fits them.

“I chose pansexual; I can be attracted to someone regardless of their gender and assigned sex at birth.”

Some people want to stay closeted; don’t out your partner if your partner doesn’t want you to. Always defer to what the trans person wants. Don’t go against what your partner wants.

It isn’t easy, she concludes. As a couple, you have to be on the same page, or you have to want to work toward that. You have to know when to stand up and speak.

If you are struggling in your trans relationship, Sarah recommends talking with a therapist. Raw emotional reactions sometimes are hard to control; that’s when a therapist can guide you through the process.

About the Author: Sarah Scales

Author Sarah Scales, LMSW, is a recent addition to The Center for Relationship and Sexual Health team. She specializes in working with children and adolescents, and the families who support them. Another specialty is helping individuals who identify or are diagnosed with neuro-atypical conditions such as Autism Spectrum Disorder, ADHD and intellectual disabilities who need help with anxiety and depression. If you would like to schedule an appointment with Sarah, call The Center for Relationship and Sexual Health at 248.399.7447.
Go to Top