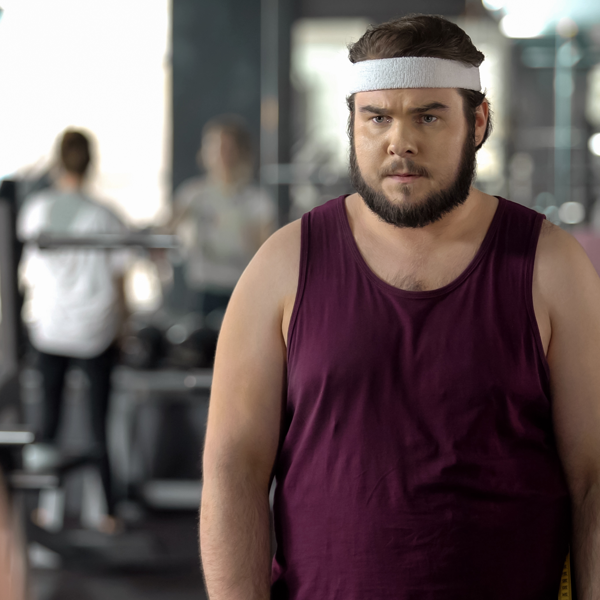 Approximately 84 percent of gay men say they feel under intense pressure to have a good body. They are three times more likely than straight men to have body image issues. Only one percent stated they were “very happy” with their appearance, and they continue to struggle even more as they grow older.

Why are gay men hyper-focused on body image and looking and feeling young?

It may involve a social philosophy called objectification, which is the act of treating persons as objects or things, dehumanizing them, and making them sexual “objects” instead of real people. Gay men, more so than heterosexual men, tend to self-objectify and place higher importance on physical attractiveness.

Grindr, the dating app, is one example of objectification. Profiles on Grindr often use descriptors such as “no fat,” or “no femmes,” or “in shape only.”

I’ve had the experience. Even though I was a model as a teenager, I never felt I looked good enough. Older gay men would tell me to lie about my age. I look back on those days and see how wrong this was. You would think gay men would be natural allies for each other and lift each other up, but this is not happening.

Another term I like to use that describes the challenges gay men face is called minority stress. It affects the mental health and well-being of gay men as it relates to body image and aging. Minority stress is the stigma, prejudice, harassment and discrimination that LGBT people often face. It produces internalized feelings like shame, which is a contributing factor to overall mental health.

The term “mattering” also falls into play when it comes to body image. Mattering refers to the degree to which people feel they are an important part of the world around them. People with a high sense of mattering feel that others look up to them, seek their advice and care what happens to them.

You need to be happy with yourself, and not be consumed about how people think of you. As a therapist, I see clients experience this over and over again. I work with clients to identify the root cause of their low self-esteem and body image. So much comes from their past. What happened in your childhood that is impacting you today?

We cannot change the world, but we can change ourselves. Start valuing and validating yourself. Instead of worrying about how you look or how you are aging, focus on looking good for your age. Please yourself. Remind yourself that you are much more than how you look. Stop trying to please other people. Don’t get caught up in the culture of ageism. Unplug from that. Challenge the current culture, challenge the conventional norms.

Here are a few signs that you may be experiencing poor body image and poor self-esteem:

Identify the root causes of your low self-esteem and poor body image. Oftentimes, there are experiences in a client’s childhood that plant the seeds for many adult mental health disorders. I work with clients to explore and develop new sources of self-esteem outside their physical appearance.

What about gay ageism? Do the same issues apply?

As gay men age, the struggles continue and may intensify. Many older gay men report they feel socially invisible and shamed, which stems from a lack of social acceptance. This internalized gay ageism can lead to a lack of acceptance for themselves, which leads to an unhealthy fixation with appearance.

How can the gay community change the narrative of gay aging and gay body image?

To answer that question, I first ask: Why would a group of people who have historically experienced so much shame and stigma from society dole out that same kind of punishment to each other? Intra-minority stress is a real thing. It is the stress that gay men experience as a result of perceived judgment in their social and sexual interactions with other gay men. Oppressed populations oftentimes oppress their own communities. The first step to combat this issue is to acknowledge that it exists. Next, begin a self-inventory on what you are doing to perpetuate the problem. Are you judging other gay men solely by their physical appearance?

We can change this narrative by challenging the internal and external feelings we are experiencing as we age. Start engaging in meaningful connections, avoid isolation and seek internal validation. We need to redefine what it means to age. It doesn’t mean we have to “settle down” or “throw in the towel.”

As a community we need to do better. Befriend gay men of all ages. Volunteer and give your time to help those in need. Embrace diversity.

CRSH hosted a Free Webinar on this topic. Watch the recap here:

About the Author: Gregory Johnson

Greg Johnson is a licensed master social worker with The Center for Relationship and Sexual Health. He has extensive experience working with the LGBTQIA community. He incorporates a holistic perspective using various therapeutic modalities including Dialectic Behavioral Therapy, Cognitive Behavioral Therapy and Motivational Interviewing.
Go to Top